How to Buy a Used Car Engine 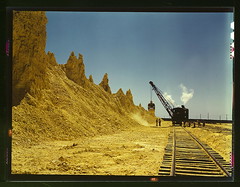 Like bees to honey, drivers looking to save money on auto repair scour the internet looking for the best price on used car engines. This makes sense with what the economy is doing. After all, you can’t walk into a new car lot and buy a new car with less than a 15% interest rate right now. For most people, repairing the vehicle you have makes sense.

Car engines are the single most expensive automotive repair to be made. Not only is the labor some of the “heaviest,” but the actual engines themselves are relatively expensive.

I’ve talked to many people looking for used engines who are literally crying as they ask me for a quote. They’re broke. Here they are with their connection to the physical world – their personal transportation – gone. Without a car they can’t get to work. They can’t pick up their kids from school. No groceries can be brought home to feed the family. If you need an engine and you’re low on money, you are truly in a vulnerable place.

Trouble people want to make a choice that makes them feel better. They are more susceptible to being lied to, and because of this, trouble people looking for used engines often buy the cheapest engine they can find. Period.

Compare two hypothetical suppliers of Toyota Camry engines. One sells low mileage Camry engines. The first company tests their engines, provides a one year warranty, and gives a free CARFAX to verify the mileage they tell you their engine has. The second company doesn’t talk about mileage. When you ask them for a CARFAX, “we don’t do that” is the answer you get. They don’t test their engines, and they only give a 30 day warranty.

If you shop on price, you would buy the $1400 engine with a poor warranty, no type of mileage verification, and no testing – the $500 demands it! But what if that engine fails on day 31 due to no fault of yours? You’re up a creek without a paddle! But hey, at least you can used that cheap engine as a boat anchor!

When you’re emotionally vulnerable due to an expensive auto repair, make sure that you stop and analyze the situation you’re in. Look at value. Which engine will last the longest? Which engine leaves you the least financially exposed if something goes south? In this case, the $1900 engine. The extra $500 has the potential to save you thousands of dollars in the long run.

So, stop crying, think logically, and make the smart choice. The value choice.

How to Buy a Used Car Engine Part Shop Page
From Amazon
This entry was posted in Engine and tagged Engine, Used. Bookmark the permalink.