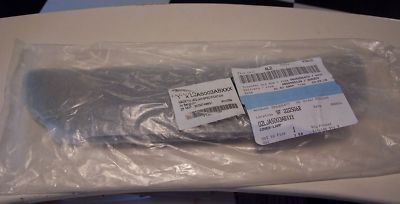 I bought this third brake light cover at the dealer to replace mine that was broken off in the car wash, but I sold my car and kept it, I paid $103. with tax, Jaguar part # LJA5003ABXXX, I don’t know for sure what models it fits, the dealer said 1997 to 2003 convertibles and some 2004 but I don’t know the vin number cutoff,  some websites show 1997 to 2001 and others list the same part number up to 2006, best to check with your local dealer, the end of the outer bag has been opened but the cover has never been unwrapped from it’s factory packing,  Thanks for looking, I also have a fitted car cover for the XK8 listed, and other items, more to follow.