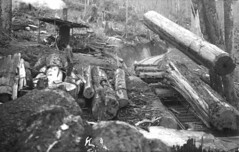 Avoiding fake car parts is crucial when you take your vehicle in for auto repair. Otherwise, you will surely reap bad karma in some form of malfunction. Your safety, as well as the safety of your passengers and the people on the road is on the line. Therefore, any time you need car transmission system repair or engine repair, make sure you bring your vehicle to a reputable automotive shop that sells only genuine car parts such as those from AC Delco.You are even more at risk when you are buying a second hand vehicle. You never know if the vehicle has been stuffed with fake car parts. In such a situation, you will need an automotive mechanic you can absolutely trust in Tampa to do a thorough auto inspection for you. It would be much better if that mechanic works for a reputable automotive shop that does full service auto repair and truck repair in Tampa. That way, if you purchase the vehicle you can take it there for any work that needs to be done, even only for an auto oil change, and you can be sure you will not be faked. Since a second hand vehicle is more liable to need frequent auto repair, you will have to be extra careful.BBC news has reported about the dangerous trend of the escalating distribution of fake car parts. According to the British Institute of Trading Standards (ITS), the fake car parts industry has grown so much in the UK, to the tune of three billion pounds. The profitable fake car parts industry has even reportedly spread its business to other countries around the world, including the US. As the car industry grows worldwide, this counterfeit car parts industry is likely to grow with it. India, for example, is a burgeoning automotive industry market where only eight out of every one thousand people own cars. By 2010, some two million cars are expected to be sold there. Imagine how many fake car parts could be sold as well. The most common fake car parts are brake shoes, brake pads, steering linkages, air filters, spark plugs, wipers and car interior accessories. Safety is definitely compromised with the low quality of such fakes. When substandard metals are used, for example, the parts are most likely to succumb to shearing. Accidents have been reportedly caused by a fake wheel and even a fake brake shoe made out of compressed grass.Fake car parts have been traced to originate from manufacturers located in eastern bloc countries such as Poland and the former USSR, and in the Far East. These are, however, shipped and distributed throughout the world. Original parts manufacturers have asked the assistance of the British ITS in farming out industrial spies to break these syndicates.A lot of consumers are tempted into falling for fake car parts because of their ridiculously low prices. They are offered for as low as forty to seventy percent less than the market prices of original car parts. The usual sources are small garages. Sometimes, though, these fakes are packaged as originals and are sold to unwitting automotive shops who resell them without knowing any better.As a precaution, it is best to ask your car manufacturer for proper guidelines in checking the authentication of genuine car parts and accessories. Also look closely at the packaging of any car parts offered to you. The packages of fake car parts often have very low quality printing with the text usually showing wrong grammar and misspelled words.Be very vigilant whenever you take your vehicle in for any kind of auto repair. Make sure no fake car parts are slipped in. Buy only genuine dealer car parts or original equipment manufactured car parts.