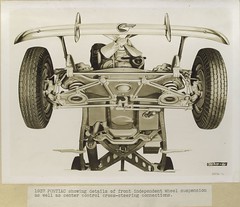 To understand on the best possible way what are car wheels all about and why they are usually the first thing to go when talking about upgrade let’s see some information on a research that took place on 1990.

That research was done after the brake down of the wheels on some cars during race. The wheels were heated and this thermal energy could usually result in aging of the material. We talk about aging when the material is in conditions that greatly reduce its normal life.

There is a whole branch of science that is called “material resistance” and it’s about how materials can be made to sustain a long life with minimal resources. This science analyzes the stress caused by various reasons.

Researchers found residual stress that was held in the wheels. When wheels are manufactured the material is processed on many ways. The annealing, forming and some other techniques leave the material in internal stress. This makes it vulnerable and after sufficient load a thermal cracks will appear and after that the material will most likely damage. This could quickly lead to its complete destruction.

When we say residual stress we refer to all the stress that remains after the object is processed and then freed of all load.

After some further discoveries scientists found that the cracking was done by fatigue of the material. It was a result of the fraction that was caused by the brakes. The thermal cracks were found on the axis of the wheel.

The real material resistance plan is about calculating both residual stress made during manufacturing and the stress caused during the service of the wheel. The second one could be done by setting math variables in proper formulas to watch for how the material is damaged during the process. This will help us pick the right material for the time that we need to have before the product become unusable.

To see how we can control the residual stress we have to understand the manufacturing process in depth.

To make the wheels in the proper shape a multi-step process is used. This is about making the inceptive form of the product. Then the residual stress has to be released. This happens when a high temperature is applied. When we do that the particles of the material begin to move more quickly and reorganize in a better way. Usually the temperature that is used is around 871 °C. After the part is reheated it is cooled with a water spray. This helps to gain the proper microstructure of the material.

For conclusion about the research we have to point that after it there is a way for simulation of service and checking how the wheels will respond then it is easy for experiments to be made and better products that will endure more and cracks will be not likely to appear.

One criterion of the wheels is its size. Simple mechanics can tell you that its one of the most important things about wheels because the size is linked to the speed. Imagine a bicycle with small wheels and then with big one. The one with the bigger wheels will move more quickly because one turnover of the wheels will pass a greater distance. It’s the same with cars.

Car Wheels Part Shop Page
From Amazon
This entry was posted in Wheels and tagged Wheels. Bookmark the permalink.