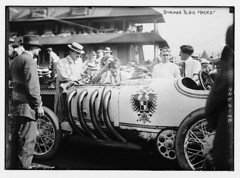 In manual cars, transmission fluid contamination is a significant issue and car owners have to regularly check for this. The constant use of gears, bearings and synchronizers during power transmission results in the eventual wear and tear of these metallic parts.  The released metal particles subsequently end up in the transmission fluid. Therefore this affects the ability of the fluid to effectively lubricate  and if a replacement of the contaminated  transmission fluid is  not carried out,  the  contaminants  eventually shortens the  lifespan of the  transmission  system as it hinders the proper lubrication of these parts.

The automatic transmission fluid however is prone to degradation, which occurs when the fluid breaks down due to exposure to the heat generated during transmission.  At such, the fluid looses some of its vital lubricating ability and eventually accumulates contaminants. Therefore, if it is not drained and changed out, it then shortens the performances of the transmission system. Constant inspection and change is advisable when the need arises.  This not only minimizes the trips to the mechanic, but also reduces the amount of funds used resolving transmission system problems.