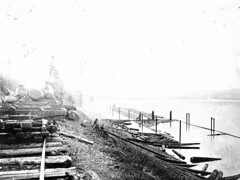 I had just got back from my own holiday to Bali when I arrived at work and they announced I was off to New Zealand with three of my colleagues. What a way to come back from one holiday and find out your going on another!The trip started with a slight hiccup. Our flight was delayed, which is the last thing you need when you’re at the airport after a busy morning at work, which also meant we would be late in picking up our rental car. We then had to call work and asked them to call New Zealand to make sure the depot knew we would be late. One of the benefits of working for a car rental wholesaler!About an hour later, we finally left and we were up in the air. It was a smooth flight and we arrived in Christchurch about 11pm. After collecting our bags, we went straight to the Hertz desk to be met by a friendly employee who was more than helpful.After the formalities of signing the rental agreement and getting the keys, we were then given a local map of the south island and a city map of Christchurch. The employee even highlighted how we were to get to our hotel in the centre of Christchurch.The car was in the car park, so away we went to find the car. We thought she said it was behind the police station and we were looking for quite a while, until it dawned on me that she had actually said pay station; we had misunderstood her kiwi accent!We eventually got to the hire car and it was a premium wagon with automatic transmission and it was nearly brand new, similar to a Ford Territory wagon. It came with heating, air-conditioning, radio, electric windows and heaps of room enough to relax while being one of the passengers in the car.We decided to use our Seymor GPS which we nicknamed “Moaning Myrtle”. We waited for the satellites to load on the Seymor GPS and then we were off to our hotel in Christchurch. It was cold and dark but we trusted our Seymor GPS and arrived stress free to the Rydges Hotel.For the next week the Seymor GPS and rental car were our life savers. It got us to all the destinations and sightseeing attractions and even got us from Christchurch to Queenstown in one piece.I would recommend hiring a car and taking the trusty Seymor GPS with you next time you go on a driving holiday.