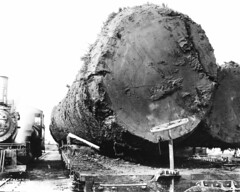 Hybrid cars are getting more and more popular each day. But still we don’t know many things about them. Here are the most frequently asked questions.
1. Why are hybrid cars becoming so popular?
With the price of gasoline hiking up to astronomic proportions, a lot of motorists are resorting to different ways to save on fuel. Some of them use alternative diesel. Others resort to using bikes, which can also contribute to the clean air program.
Some who cannot do away with their rides, however, chose to buy hybrid vehicles.
2. What exactly is a hybrid car?
Primarily, a gasoline-electric hybrid car is a combination of an electric car and a gasoline-run vehicle. To make things clearer, it is first necessary to distinguish the characteristics of those two kinds.
A gas-powered vehicle is equipped with fuel tanks, which gives gasoline to the engine. The engine operates the transmission, and the transmission operates the wheels.
3. What is the difference between a hybrid and an electric car?
An electric car is equipped with a set of batteries which gives electric power to a motor. The motor then operates the transmission and the wheels.
Now the hybrid car is a mix of the two. The reputation of hybrids is that they add to the car’s mileage with fewer emissions usually coming from cars run by gasoline, while eliminating more or less the disadvantages that comes with electric cars.
Motorists usually take three considerations in mind when judging the usability of a vehicle. These are:
-it should run at three-hundred miles at least between fuel stops.
-Should be easily refueled, in the minimum amount of time.
-It should catch up with the other vehicles zooming on the road.
The thing is, a gasoline-powered car has all these features, but it produces lots of emission plus the mileage is poor. On the other hand, an electric car gives off almost zero pollution, but the speed is relatively slow, and can only run 50-100 miles between battery charges.
4. What are the parts of hybrid cars?
a. Gasoline engine
Compared to the engine of other cars, hybrids use smaller ones and is more technically advanced in order to maximize fuel and lessen emissions.
b. Fuel tank
This serves as the device for hybrids to store energy for the gasoline engine.
c. Electric motor
The motor present in hybrids is a study in sophistication. It can serve as both generator and motor.
d. Generator
Much like an electric motor, but its only purpose is to provide electrical power.
e. Batteries
Acts as the storage device of energy for electric motors. The advantage of hybrid car motors is that they can charge the batteries with energy as well as get energy supply from them.
f. Transmission
Acts the same as conventional car transmissions.
g. How are the energy sourcecs used in hybrid cars?
There are two ways in combining the energy sources found in hybrid cars. The first one is the parallel hybrid, which is equipped with a fuel tank that provides gasoline to an engine, and a battery set that supplied energy to the electric motor.
The second one is the series hybrid. In contrast, the generator is powered by the gasoline engine, and the generator is capable of either energizing the batteries or provide power to the electric motor that starts up the transmission.

5 Questions About Hybrid Cars Part Shop Page
From Amazon
This entry was posted in Automatic Transmission and tagged about, cars, Hybrid, Questions. Bookmark the permalink.