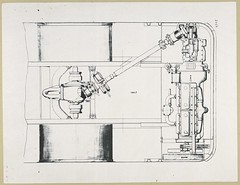 The hybrid car engine holds the key to its being an environment-friendly vehicle. They are a combination of a gas engine and an electric motor that assists a car as it accelerates, slows down and even when it stops. Throughout all these basic actions, the hybrid car engine plays a major role so that the least amount of gas is used and cleaner emissions achieved.

A gas-electric hybrid vehicle is exactly that; a car that runs on both gas and electricity. A gas-powered car has a fuel tank and it is this tank that supplies the engine with the gasoline it needs to run. The engine then turns a transmission which is what it essentially behind the turning of wheels.

A set of batteries provide the power to the motor in an electric car. In this case, it is the electric motor that turns the transmission that turns the wheels. Although mileage is something that gas-powered cars have been covering with great efficiency in later years, there is still the issue of air pollution, which is something a hybrid car is a solution to.

The hybrid’s motor doesn’t produce any pollution at all. But an electric car can only go so far before having to be charged again. Now, by combining these two functions into one, a hybrid car engine attempts to increase mileage while reducing emissions of a gas-powered car and also reducing the use of large amounts of fuel. And to make up for the electric motor having to be charged, it is now left to the gas-powered engine and transmission to charge the cells in the batteries found in a hybrid electric vehicle. It’s a simple solution that has had great and positive effects with respect to fuel economy and eco-friendliness.

The hybrid car engine is known to help keep carbon dioxide emissions down and therefore it helps to improve our environmental situation by keeping pollution levels at bay and much lower. But most importantly (to average consumers), hybrid cars can save you money gas and maintenance costs. The engines of these cars are quite small and easy to manage so they last for a very long time and are quite durable.

When choosing your hybrid car options, consider the manufacturers that offer free part replacements on the model that you’re getting. There is also the added tax break that the US government has promised to all owners of new hybrid vehicles purchased after January 1 2006.

Its environment-friendly as well as its being economical make the hybrid technology popular among both manufacturers and consumers. It is perhaps one of the most overlooked technologies in the world but a growing awareness of these vehicles will eventually lead to a future of more hybrid electric vehicles on city streets and highways.

Your Hybrid Car Engine Part Shop Page
From Amazon
This entry was posted in Engine and tagged Engine, Hybrid. Bookmark the permalink.