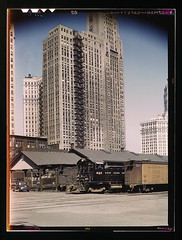 Car engine is a lump of metal fitted in the car that makes the car go zoom. The traditional types of car engines are petrol and diesel. Since the introduction of automobiles in the Indian car industry, these two types of engines have been dominant and are still among the top most fuels used for fuelling the engines.

Though many alternative fuels like LPG, CNG, compressed air, and water are now used for running the engines, petrol and diesel engines hold their positions to the top. However, they differ a lot in terms of power, performance, and output.

Petrol engine is one of the traditional forms of car engine that runs on petrol. The first petrol engine was introduced by two skilled engineers from Germany, Gottlieb Daimler and Karl Benz, in the year 1885. This type of car engine is composed of nearly about 150 moving parts that supports burning of fuel with the use of spark plugs and cause expansion of hot gases.

In petrol engine, there is pre-mixing of fuel and air that enables the car to run at a higher speed but with lower fuel efficiency.

A diesel engine is an internal combustion engine that runs on diesel. Named after Dr. Rudolph Diesel, this type of engine uses the compression ignition to burn the fuel which is injected into the combustion chamber after the air is compressed.

Diesel engines were traditionally used in large automotives like trucks, locomotives, and ships in replacement of the steam engines. Later, the same were being used in automotives and passenger cars for long distance driving and better power.