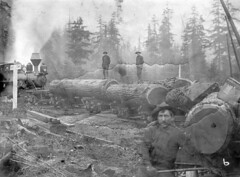 An automatic transmission also known as “Auto transmission”. An auto transmission is an automobile gearbox that can change gear ratios automatically as the vehicle moves, freeing the driver from having to shift gears manually. Similar but larger devices are also used for heavy-duty commercial and industrial vehicles and equipment.

Most automatic transmissions have a set selection of possible gear ranges, often with a parking pawl feature that will lock the output shaft of the transmission. Continuously variable transmissions can change the ratios over a range rather than between set gear ratios. Continuously variable transmissions have been used for decades in two-wheeled scooters but have seen limited use in a few automobile models. Recently, however, CVT technology has gained greater acceptance among manufacturers and customers, especially in Nissan automobiles and gas-electric Hybrid vehicles.

Some machines with limited speed ranges or fixed engine speeds, such as some forklift trucks and lawn mowers, only use a torque converter to provide a variable gearing of the engine to the wheels.

The need for a transmission in an automobile is a consequence of the characteristics of the internal combustion engine. Engines typically operate over a range of 600 to about 7000 revolutions per minute although this varies, and is typically less for diesel engines, while the car’s wheels rotate between 0 rpm and around 1800 rpm.

The engine provides its highest torque outputs approximately in the middle of its range, while often the greatest torque is required when the vehicle is moving from rest or traveling slowly. Therefore, a system that transforms the engine’s output so that it can supply high torque at low speeds, but also operate at highway speeds with the motor still operating within its limits, is required. Transmissions perform this transformation